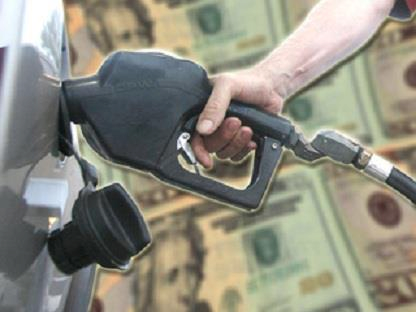 At any given time, there are a variety of factors contributing to your vehicle’s fuel economy. Old oil, a dirty fuel filter, or a damaged pump can all lead to poor fuel economy and, if left unchecked, damage to your vehicle. One common culprit for wasted gas is a dirty fuel system.  If you’ve been patronizing the filling stations more than usual lately, it might be time for a fuel system check-up.

Let’s start at the tank.  The gas tank gathers dirt, rust, and sediment over the years. One way that you can prevent these contaminants from getting into your tank is to make sure your gas cap is on tight after you refuel!  If it’s loose, gas vapor will be constantly leaking out – causing reduced fuel economy. This could also cause the check engine light to come on. A worn gas cap can have the same effect. If you constantly smell gas when you walk by your tank, you might need a new cap. To avoid leaking vapor and protect your tank, twist your cap until it clicks three times.

Your fuel pump sends fuel from the fuel tank to the engine. Fuel pumps just wear out over time; it might be the electric motor, a sensor, a valve, a relay, or some other electrical component. One thing you can do is refill your tank when it gets down to about a quarter full. The fuel pump is submerged in the fuel which cools and lubricates it. Another way to prevent damage to the pump is to refuel at a reputable filling station using quality gas. Contaminants in the fuel can build up over time and cause corrosion and stress on the pump.

It’s nearly impossible to prevent all contaminants from entering the tank. That’s why there’s a fuel filter to clean the fuel after it leaves the tank. A dirty filter will rob the engine of the clean gas it needs to run efficiently. When it’s clogged, your engine may not be able to get enough fuel and could sputter.  Many filters have a bypass valve that allows unfiltered fuel past when the filter’s clogged.  This prevents your engine from dying while you’re driving, but it can’t protect your engine from dirty fuel.

The fuel intake components get coated with gunk and varnish over time.  This results in fuel being delivered inefficiently and some of that gunk getting into the engine.  A fuel system service will leave your intake as clean as a whistle.

The big fuel thief is dirty fuel injectors.  They deliver fuel to the engine at a specified pressure and in a specific spray pattern.  When they’re clogged, the fuel doesn’t get atomized the way it’s supposed to and doesn’t get burned as efficiently. Pressure can range from 45 pounds per square inch to 45,000 pounds per square inch depending on the engine.  As you may guess, fuel injectors cost a lot.  Allowing them to get gummed up will not only hurt your performance and fuel economy, but it will also cause the injectors to wear out sooner than they should.

If your mileage has been less than ideal, take a peek at your owner’s manual to make sure you’re not overdue for a fuel system cleaning. If you aren’t sure, come on in and our service technicians would be happy to take a look!

© 2022 All Pro Servicenter. All Rights Reserved,